AMD, a company that was at a verge of its bankruptcy just a few years ago is shaking the entire computer industry, top to bottom. While its Ryzen processors are chocking up Intel’s processors, AMD is ready to take on Nvidia with its new RX 6000 series GPU’s.

The new cards also support Direct X ray-tracing which is ten times faster than software-based ray tracing. Ray tracing has been an important push on Nvidia cards in recent years. The Radeon RX 6000 Series takes full advantage of DirectX12 Ultimate, including DirectX Raytracing support. AMD doesn’t set aside some CUs for raytracing tasks but instead includes one dedicated Ray Accelerator per CU. The cards also support AMD‘s Fidelity FX, an open-source toolkit for developers to easily add high-quality lighting effects. Variable Rate Shading allows developers to spend fewer processing resources on areas of the image that aren’t as important. AMD’s new denoiser should make for cleaner ray-traced lighting. It also has something called ‘Super Resolution,’ which appears to be the company’s analog for Nvidia’s DLSS upscaling technology.

AMD also provided comparison of its cards against its AMD counterparts. If the graphs are to be believed, AMD’s RX 6000 series would perform equivalent or sometimes better than Nvidia’s RTX 3000 series graphics cards.

Taking advantage of its processor ecosystem, AMD is introducing “smart memory access”, a technology that would allow direct communication between its Ryzen processors and AMD RX 6000 series graphics card which could improve the performance of the graphics card slightly. We are yet to know the complete performance benefits yet.

It appears that team RED is finally on-par with Nvidia in terms of performance. As for the pricing, the AMD Radeon RX 6800 and Radeon RX 6800 XT graphics cards will be available starting November 18, 2020, for $579 and $649, respectively. The AMD Radeon RX 6900 XT is expected to be available on December 8, 2020, for $999. If you are looking to buy a brand new graphics card for your gaming rig, our advice would be to wait for full review of RX 6000 series processors before making a decision. 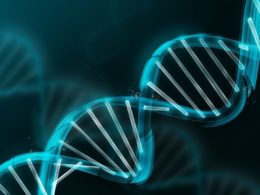 In recent years, CES has been filled with prototype of automatic cars and such. But recent announcement from…
byArul Prakash Samathuvamani
No comments 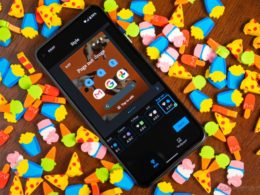 Pixel 4a – Best Camera in a Smartphone

Google undoubtedly pushes the best camera in a smartphone. Every year, the Pixels set the benchmark for smartphone…
byArul Prakash Samathuvamani
One comment