NVIDIA DLSS : The Future for Gaming ?

What is Nvidia DLSS? And Why can it be considered as the future for gaming technology?

DLSS (or) Deep Learning Super Sampling is an upscaling technology in real time gaming developed by Nvidia. It uses deep learning technologies to upscale lower resolution images to a high resolution for computers with much less computation that would be required to actually render the high-quality frames.

Eh? Confusing? Let me explain. Every time you play a game on your computer, the video that comes up to your monitor have to be created or in technical terms, “rendered”. Every video consists of pictures called frames, when run continuously looks like motion to our eyes. The number of frames that is served every second is called frame rate. Higher the frame rate, higher the smoothness of the perceived motion.

Now coming to games, every movement that you make in the came has to be rendered by the computer, specially by its Graphical Processing Unit (or) GPU. With improvements in technology, higher resolution displays are getting cheaper and cheaper and so is the demand for powerful and affordable GPU’s that can render such high resolutions.

How does DLSS work?

Deep Learning Super Sampling uses artificial intelligence and machine learning to produce high resolution images without the actual need to render out the entire image. Nvidia’s algorithm learns from thousands of rendered sequence of images created using a supercomputer. The supercomputer trains the algorithm to produce similar high-resolution images without the actual need for rendering the high quality images. 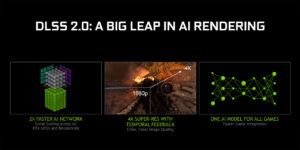 The calculation that is needed to create equivalent pixels in a higher resolution images are performed using the “Tensor Cores” in Nvidia’s RTX 20 and RTX 30 series lineup.

When DLSS is enabled, it forces the game to render at a lower resolution, then it uses its trained AI algorithm to produce a higher one. 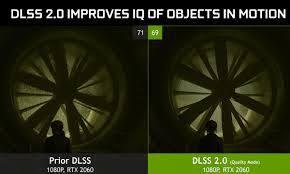 Why is DLSS so great?

One word – Cloud Gaming. One of issues with Cloud Gaming solutions like Google’s Stadia is latency. At higher resolutions and frame rates, the game needs a network with high bandwidth to work properly. Unlike videos, where compression might not produce a noticeable drop in quality, rendering high quality frames and then compressing them to be sent through the network requires so much computing at the server end.

With Nvidia’s DLSS, Servers does not have a need to render high resolution frames. If the receiver box has an Nvidia chipset with Tensor cores on them, gaming servers can render out low quality images which can then be sent through the network and can be converted into high resolution images at the receiver end.

So, is DLSS ready for the future? Currently only 15 games support DLSS 2.0 which hopefully would increase soon. It could be a year before DLSS is a common feature in games. AMD is yet to release stuff like any. AI has not been a strong suit for AMD GPU’s. AMD might be forced to develop something similar with the increase in adoption of DLSS. Technology of the future is looking good. That much is sure.

What is your opinion about DLSS ? Drop your comments below. 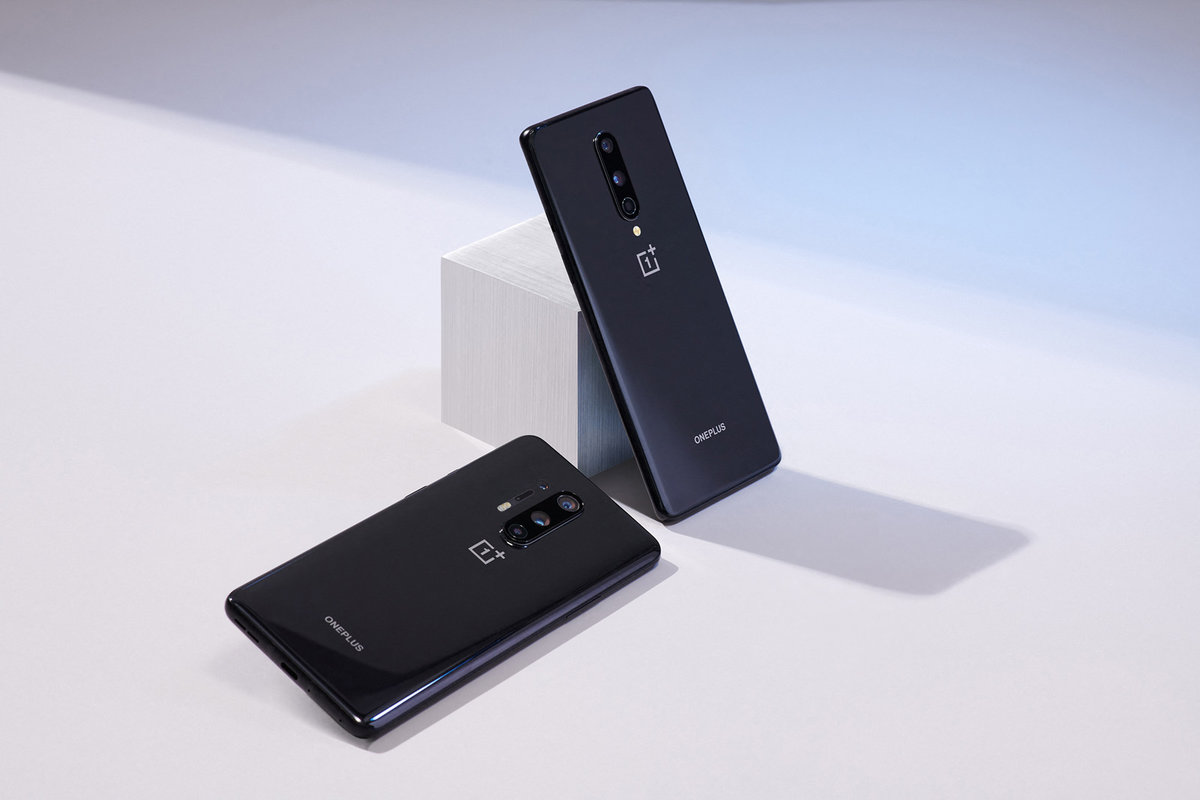 One Plus has announced its first flagship for this year. One Plus 8 and 8 Pro. One…
byArul Prakash Samathuvamani
3 comments

OnePlus has stirred the world of electronics with their flurry of launches. Even the world wide pandemic situation…
byKogul Prasath Vediappan
3 comments