The One Plus Bullets Wireless Z : Affordable Bluetooth Headset ?

One Plus has been generating a lot of buzz recently. One Plus Nord covered almost every tech headline for its low-cost mid-range smartphone with superior specifications. But Bullets Wireless Z has been creating a headline of its own for its low pricing. Bullets Wireless Z is priced at 1,999 INR and has generated a wide appeal among users. But, can users expect a quality audio at such a low price? What sacrifices has One Plus made to create an affordable Bluetooth headset? We tried to answer some of the questions in this review.

One Plus Bullets Wireless Z is almost similar to its high-priced Bullets Earphone which was released in the year 2019. The only differentiating factor among the two is its color and the new One Plus logo. Bullets Wireless Z comes in Black, White, Mint and Oat colors. And mint color looks fabulous and would pair nicely with your Mint colored One Plus 8 smartphone. 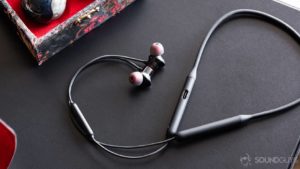 A feature that is required in all headphones with a neckband – The magnetic power switch. The headset powers on and off depending on whether the earbuds are magnetically attached or not. When the earbuds are disconnected magnetically, the headset turns on and connects with its paired device and when connected, the headset turns off saving precious battery. Mostly when cruising around city, I tend to leave the headphones on draining its battery. But this feature conveniently saves me by turning off.

Speaking about battery life, One Plus claims that it can satisfy your music needs for up to 20 hours. But realistically in my testing, this headset can comfortably last a full day of use, that’s approximately around 10-12 hours of music. But your mileage can vary.

When talking about battery life, Bullets Z do support One Plus’s Quick Charge technology and 10 minutes of charges gives about 10 hours of battery life. One Plus’s smartphones though aren’t battery champs, they are well regarded when it comes to battery life because of its fast charge capability. Bullets Z has a USB-C connection to enable charging. One thing to note here is that this Quick Charge capability only works with One Plus’s power brick and the same does not apply when charged with other bricks.

Great Battery life, Good design and low-cost is nothing when quality of music is not up to the mark. Unlike its big brother, Bullets Z sports a single driver instead of dynamic driver which powers Bullets earphones. Also, because of the low-quality driver, Bullets Wireless Z does not support AptX high-resolution codec.

But despite of these drawbacks, these headphones do produce decent sound for the money. For comparison, One Plus Bullets Wireless Z sounds much similar to 1000 INR Sony wired headphones. And in my opinion, sounds better than other wireless headphones in the same price range. In short, it produces good quality sound for mid frequency, but cracks at high frequencies. But even 10000 INR headphones fails to deliver.

In my opinion, One Plus has given us a good product at reasonable price. Something that One Plus is known for. If you are not a huge audiophile, and with a low budget looking for a decent headphone, Bullets Z might fit you.

Liking out posts ? Check out our post about One Plus 8.

Consider subscribing to our page ! 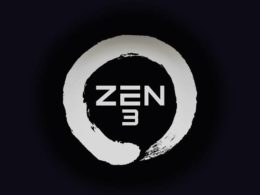 Looking for to replace your headphones ? Best offers for the season on Amazon right now ! Amazon’s…
byArul Prakash Samathuvamani
One comment