This is my take on “Vikram” by Lokesh Kanagaraj. I don’t want to reveal any spoilers, so I won’t get into the details. First of all, the movie was awesome. Lokesh Kanagaraj has set a standard in this movie for both sequels and prequels. He has taken a lot of time to set his own Universe. The movie is lit, though it’s nearly three hours. I didn’t feel any lag in the movie. Fahad scored a lot compared to Vijay Sethupathi (VJS). In my opinion, Fahad is the hero in the movie’s first half. VJS’s role is more macho to many people but he behaves like a dummy against Rolex(Surya’s Cameo). I am not saying Santhanam’s(VJS) characterization is bad, but I can’t take how macho can be such a fearsome guy. As said by Lokesh himself, he has learned a lot from his mistakes.

A lot of characters have been wasted in Master movie, he didn’t make that mistake in this movie. To say about other technicians, Girish Gangadharan did great work as he usually does. Many of the ace cinematographers from past decades are the ones I was fond of. But he impressed me in the movie Jallikattu. Such ace frames were set by him. Philomin Raj’s cuts are much better compared to his previous films. Anirudh. Waah! What a man he is ! he is in his own league in this movie. I felt goosebumps the entire movie because of his movie score. And some as usual classic (musical) picks from Loki were good. Now out of the movie, I have a lot to discuss on Loki. His movies are good. But still, the freshness and impression made by him from Managaram is the thing that makes me expect a lot more from him. If anybody asked me who would have handled the big star’s movie in the past I would have easily said that would be Venkat Prabhu. But because of Lokesh, I feel that he can also do this kind of movie. This can feel like that I am praising Lokesh more, but he is the kind of man who can make this happen in Kollywood. Here the mention of Lokesh refers to his whole team. When you accept the mistake you can learn and grow a lot, he can change the usual commercial films to something different. Thanks for Managaram, Kaithi, Master, and at last Vikram.

What are you waiting for ? Book your tickets for Vikram now! 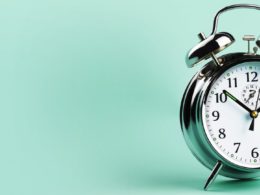 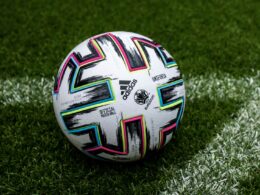 Hey peeps!!! Hope you all are enjoying Euro 2020. Here is a small recap of the first phase…
byJoel DanielandbyJoel Daniel
No comments